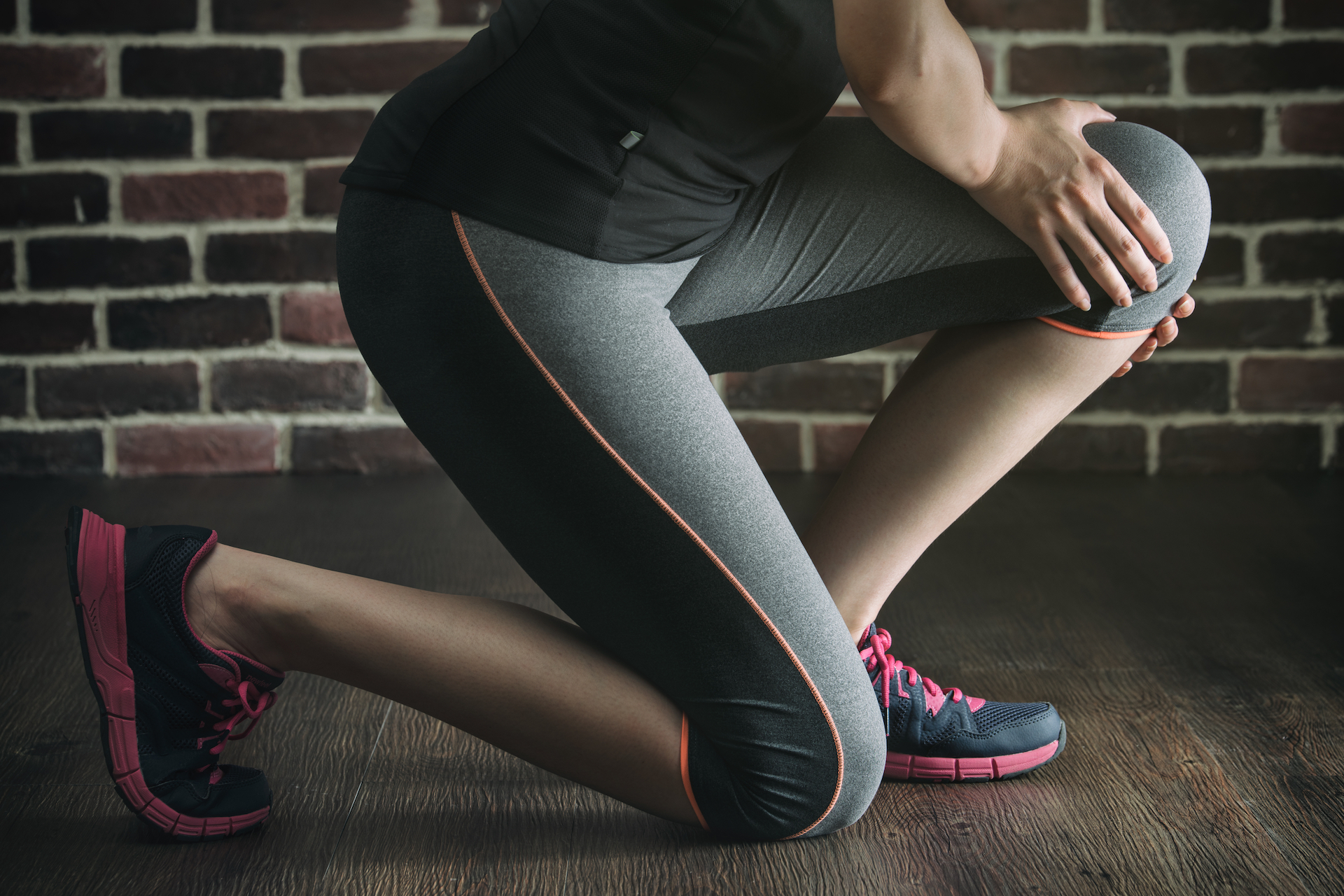 Central Sensitization: What Is It and How Do You Treat It? 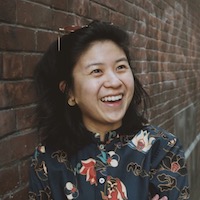 In school, you’re taught to repeat something over and over again to commit it to memory. Did you know your nerves can “memorize” different kinds of stimuli? But what happens when your nerve cells memorize bad stimuli like pain?

What Is Central Sensitization?

Central sensitization describes changes in the brain resulting from repeated nerve stimulation. This repeated stimulation helps your brain commit something to memory, so if the stimulus is painful, then your body will experience pain hypersensitivity.

Allodynia makes people feel pain from things that usually don’t hurt. When someone with allodynia touches something, their nerves send “touch” signals to the brain, but the brain reads those signals as pain messages due to the constant excitement of sensitized nerves.

Hyperalgesia on that other hand amplifies the pain caused by already-painful stimuli. As in allodynia, the nerves remain in a state of excitement, which amplifies any stimulation (1).

Central sensitization can change patterns in cerebral processing and can also physically affect the brain stem. Fortunately, it can also be reversed under the right conditions (2, 3, 4).

In nearly all chronic pain conditions, physicians and scientists consider central sensitization to be a key source of pain. Comorbidities that affect the nervous system, such as sleep deprivation, fatigue, and poor mood, can exacerbate the central sensitization’s effects, creating a destructive cycle between the conditions (5).

The body senses nociceptive pain through receptors called nociceptors. These sensors only respond to external stimuli. Researchers have found that these nociceptors can become “sensitized” after an injury. Interestingly, nociceptors also interact with immune cells to control inflammation, which may lead to increased pain through what’s called “neuroinflammation.” Injuries or trauma can affect nociceptor function, so that they respond to a stimulus for a prolonged amount of time. This is called hyperalgesic priming, and it occurs in many chronic pain conditions (7).

How Is Central Sensitization Diagnosed?

Conditions that target the nervous system are often difficult to diagnose. Your doctor will conduct a thorough examination, including possibly running several tests, to assess the presence of central sensitization.

Your doctor will likely ask about your family history with chronic pain conditions. Central sensitization can be passed down through generations. It can also manifest in in neuroimaging scans in the form of gray matter changes in pain processing regions, neurochemical imbalances, and altered resting brain-network connectivity between different regions of the brain (8). Interestingly, physicians also report altered immune system activity in individuals with central sensitization.

Quantitative sensory testing (QST) is another diagnostic approach for central sensitization. This noninvasive method assesses large and small sensory nerve fiber function and looks for neuropathic disease. QST can detect abnormalities in patients who have damaged myelin sheaths on their nerve cells. QST comes in many forms of stimuli such as pressure, vibration, or thermal (11). While the medical community believes it’s a reliable way of assessing nerve sensitization, your doctor will probably pair it with another test to confirm the diagnosis, as various confounding factors can affect the results of QST. QST can also be used to predict if a patient is at risk for developing neurologic disease (12, 13).

Also known as pinprick testing, doctors use this method to determine the presence of hyperalgesia and small fiber neuropathy by testing (1) the ability to feel the pinprick and (2) the ability to determine the difference between sharp and dull stimuli (14). The doctor will prod nerve roots around your body, starting with your shoulders and working down to the sole of your foot. You should let your doctor know if you feel a different sensation as your doctor examines your body (15). The results of the pinprick tests are usually confirmed with another test.

How Is Central Sensitization Treated?

Central sensitization can be difficult to diagnose, but fortunately, it’s manageable and often reversible. It’s important for providers to consider a patient’s particular case of central sensitization when it comes to creating a custom pain management plan (16).

With chronic pain, movement may hurt. Nonetheless, with professional guidance and individualized training plans, exercise therapy can relieve your pain while avoiding side effects that come with medication. Exercise therapy can also improve your overall quality of life.

Working with a physical therapist or other healthcare professional can help you figure out the best and movements within appropriate boundaries of frequency, duration, and intensity. While you should work with a health professional, the Center of Disease Control provides some great guidelines to doing some of these exercises at home.

One of the simplest of exercise, this includes land-based exercise such as walking and stationary cycling. Therapists and patients may also consider swimming and other aquatic forms of physical therapy due to the lighter weight of the body when submerged in water. If a patient can tolerate higher levels of intensity, then larger improvements in chronic pain will follow.

While effective, pharmacological treatments for pain management should not be used long-term. Instead, they should be used in conjunction with other treatments such as exercise therapy, sleep, and lifestyle changes. If pain persists or worsens, consult your doctor about more aggressive solutions, such as surgery.

NSAID is short for non-steroidal anti-inflammatory drug. While it sounds complicated, you probably know and use many common NSAIDs such as ibuprofen, aspirin, and naproxen. NSAIDs inhibit prostaglandin production, a set of chemicals your cells produce to promote inflammation.

However, prostaglandins also protect the stomach from acid and promote blood clotting, so taking too many NSAIDs over a brief period of time can result in stomach pain, ulcers, and increased bruising. In severe cases, NSAIDs can also increase a person’s risk of heart attack or stroke, due to the cardiovascular side effects of their mechanism of action (19). Prolonged, chronic use can lead to kidney failure, liver failure, and prolonged bleeding after an injury or surgery. Additionally, some people may be allergic to NSAIDs, especially those with asthma.

Acetaminophen, also known as paracetamol and APAP, is the active ingredient in many common over-the-counter analgesics as well as heavier pain relievers. It is used to treat inflammation.

While this analgesic is usually taken orally, it can also be administered intravenously. Unlike NSAIDs, acetaminophen does not irritate the stomach or intestinal lining. However, it can cause significant damage to the liver and should never be mixed with alcohol. In high enough doses, it can even cause liver failure.‍

Both of these classes of drugs target your dorsal horns, a part of your spinal cord that houses sensory neurons. These medications increase the concentration of norepinephrine and serotonin, two important chemical neurotransmitters, which block pain signals (20, 21). However, these drugs do not kick in immediately and can have severe side effects, including nausea, insomnia, and elevated blood pressure. Researchers have found that SSRIs are often better tolerated than SNRIs (22).

Tricyclic compounds are actually another type of antidepressant, which also target serotonin and norepinephrine. Tricyclics specifically work by blocking the sodium channel, which is an effective method of suppressing the pain signal (23). Tricyclics are reliable, but they come with a number of side effects including weight gain, liver damage, orthostatic hypotension, heart problems, and, in extreme cases, death if too many are taken (24).

When using antidepressants to treat pain, doctors will prescribe a lower dosages than what would typically be prescribed for cases of depression (25).

As we discussed, chronic pain often comes with a handful of psychological conditions, including depression, anxiety, and fatigue. It can even be hard to sleep when you suffer from a chronic pain condition because of central sensitization. However, sleep quality can make or break the results of a pain management plan (26).

Most adults need seven or eight hours of sleep. Stay away from screens and caffeine late at night. Make sure your room is dark, whether you need to turn off bright lights or purchase blackout curtains. Exercise, but avoid vigorous activity within a couple hours from bedtime (27).

In most cases, exercise is the cornerstone of a good treatment program for central sensitization. Depending on the severity of your pain, your doctor may also prescribe medications for short or medium-term pain relief.

Your doctor can use a series of tests to diagnose you with central sensitization, especially if you have an existing chronic pain condition like fibromyalgia, Irritable Bowel Syndrome (IBS), chronic fatigue syndrome (CFS), headache, interstitial cystitis/bladder pain syndrome, low back pain, and endometriosis. These tests include temporal summation, quantitative sensory testing, and pinprick-stimulation.

Gerrie Lim
Researcher and author
Gerrie holds a Master's in Public Health from Columbia University and has worked with a number of healthcare organizations in the past. She's especially passionate about using media and technology to improve healthcare for marginalized populations.
Read full bio 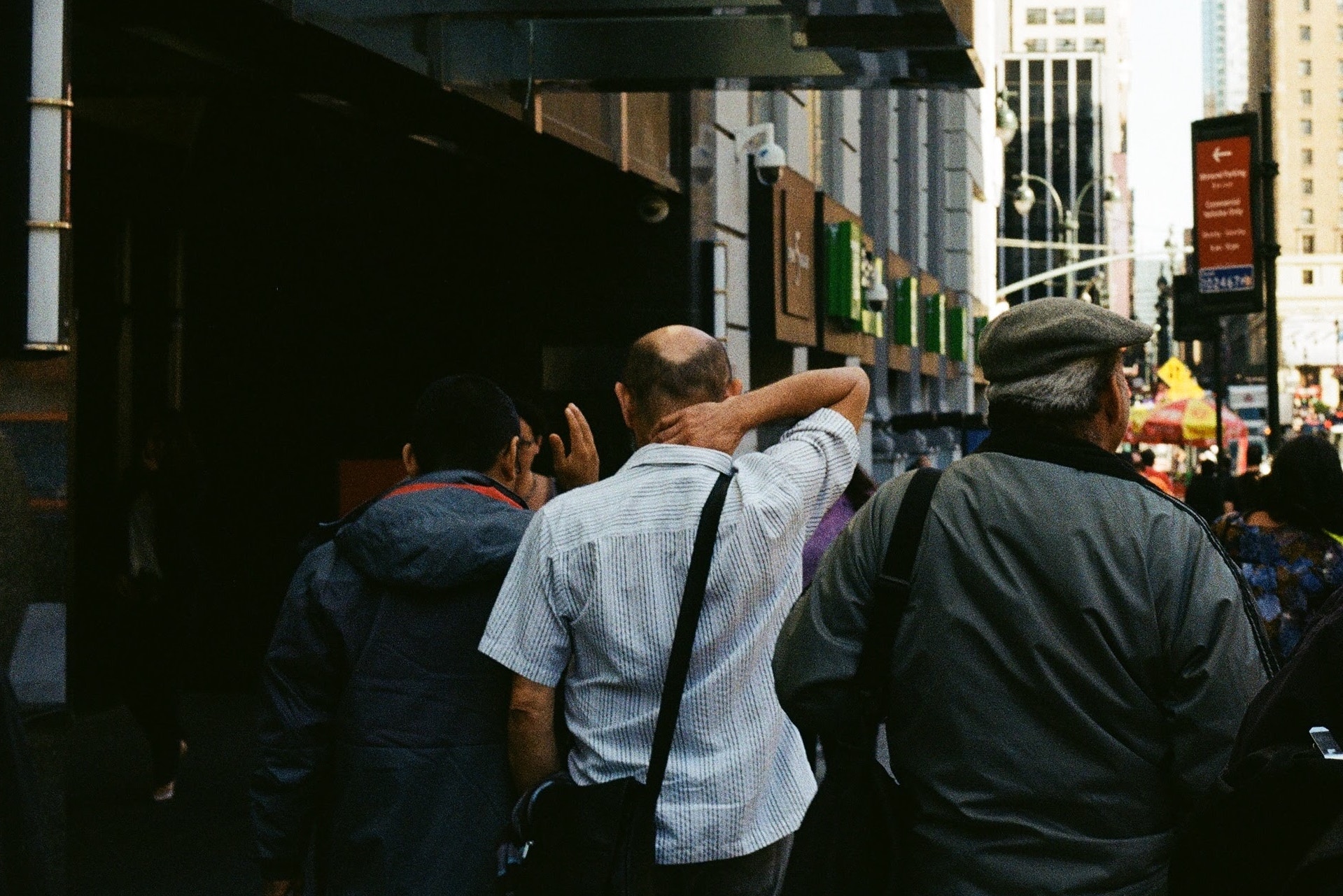 Neck & Upper Back
Dorsalgia: What Is It and How Do I Treat It?
Read article 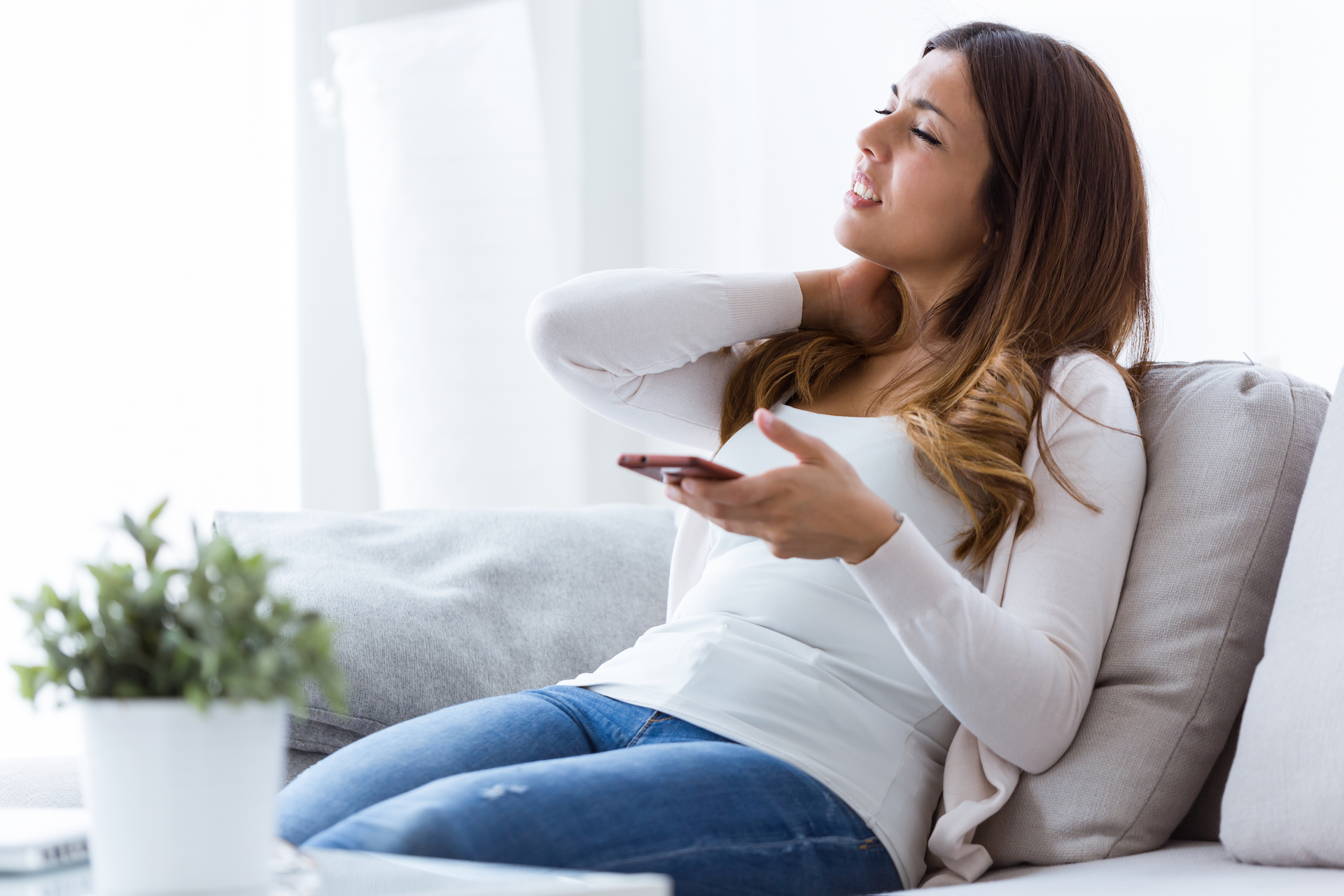 Neck & Upper Back
Text Neck: Does Using Your Phone Too Much Really Cause Neck Pain?
Read article 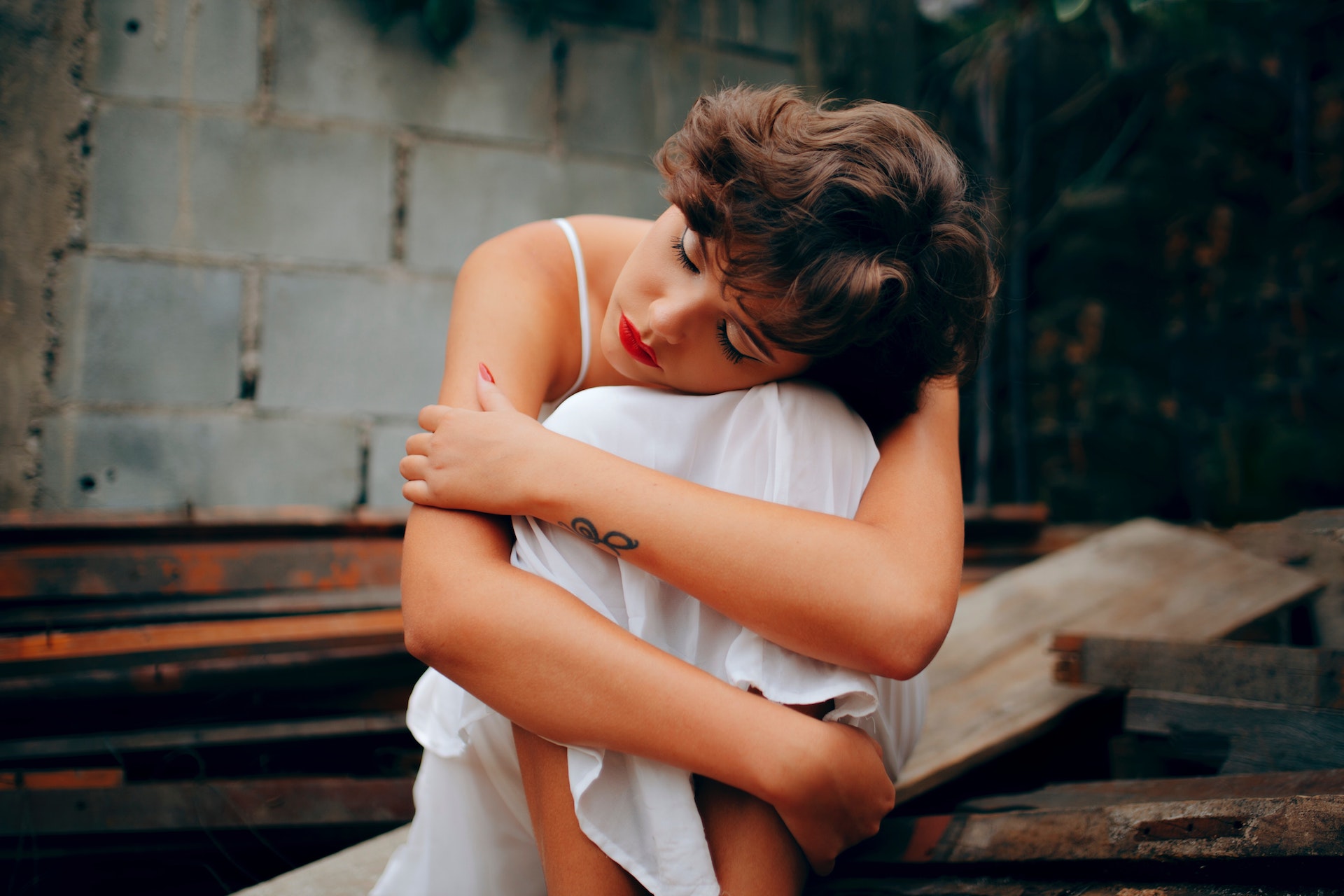 Burning Between Your Shoulder Blades: What It Means and How to Fix It
This article is based on scientific evidence, written by experts and fact checked by experts.